Samsung sends another update to the Galaxy S22 family

Samsung sends another update to the Galaxy S22 family

Samsung : Less than a month after receiving the previous update, members of the Galaxy S22 family received yet another update today. As of now, it will only go to Galaxy S22, S22+ and S22 Ultra units powered by Snapdragon processors, but those using Samsung’s Exynos chip should also get it in the near future.
The new version is titled S90xEXXU2AVE4 (the ‘x’ varies depending on the phone you’re using) and is already being offered as a 350MB remote download in dozens of countries. According to the very vague and vague changelog, the update brings with it “general stability of functionality” along with several unknown security fixes.

Such mid-month updates are rare for Samsung, so the company should find something worth fixing ASAP and not wait for the June security patch to be released in a few weeks. 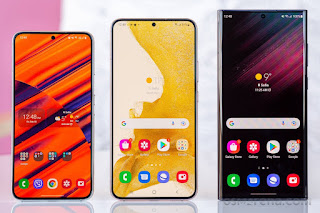